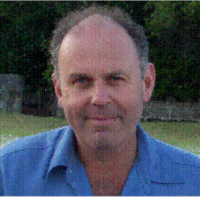 I've been involved in aviation, and in art since as long as I can remember. Both my parents were good artists – my mother leaned toward the abstract, and my father toward drawing and design. My father was also a pilot. His job saw the family based all over the world through the sixties, seventies and eighties. We lived in New Guinea (I was born there), Fiji, Kenya, Indonesia and Malaysia. I’m in my forties now, so as you can imagine there wasn’t much in the way of electronic entertainment for the kids. My principal form of entertainment was drawing aircraft. ...more

Some of the fondest memories of my childhood involve sitting at the kitchen table with my brother and drawing planes. When Dad was around, we would present them for a critique. Never one for unearned praise, he would change a curve, narrow a wing and reshape a tail. He had an unerring eye for detail and form, and to this day there are few aircraft he can’t draw freehand to within about 90% accuracy.

My mother introduced me to oil paints in my early teens. She didn’t try to push me toward abstract art, but did encourage me to diversify and ‘loosen up’ a bit with my technique. My natural inclination was toward realism and well defined subject matter – planes, ships and animals. My first significant oil painting was completed when I was sixteen. A P.38 shooting down a Rufe. At the time it never really entered my mind that other people painted aircraft pictures. I may have seen advertisements for Keith Ferris’ Korean War series in one of Dad’s old aviation magazines, but that was about it.

I continued painting through the eighties and nineties and released my first limited edition print in 1993, which has since gone on to sell well. My original aviation subjects were achieving good prices and I also won or was awarded places in numerous art exhibitions. I joined the American Society of Aviation Artists in the early nineties, and attended three forums, where I met and had some good times with many of the great and upcoming artists. I miss the forums, but its a little hard convincing my wife to let me fly there from Sydney these days.

In 2000 I decided to focuse purely on landscape art for a few years. I was growing dissatisfied with the one dimensional nature of my aviation compositions, and set about a self taught crash course on landscape art. I must admit, a mentor would have been useful, but sometimes doing it yourself can be fulfilling. The initial results were promising, and pretty soon I was making sales in the genre. My skills in landscape painting dramatically improved my aviation art, not only in composition, but in technique and speed. This was manifested three years in a row, when I won and came second in the RAAF Heritage Art Awards. The development of this website and the release of a series of new paintings and prints marks a return to aviation art for me. It was never a genre I could turn my back on, particularly with the knowledge on the subject developed over many years, and an extensive (and expensive!) aviation library. I tend to favour WWII subjects, but I definitely have my favourites in other years. 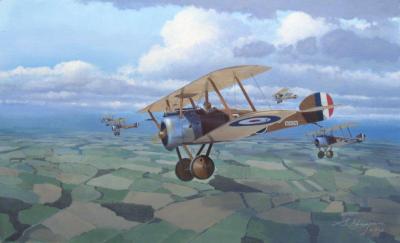 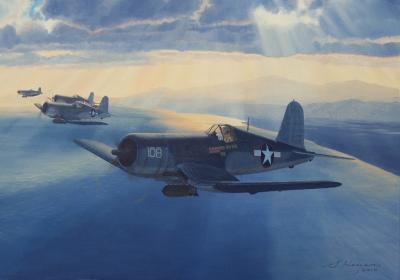 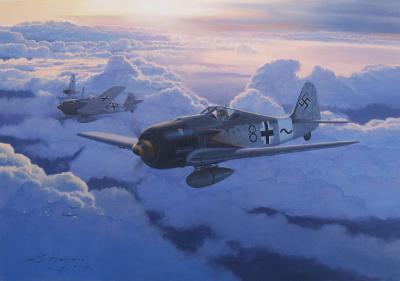 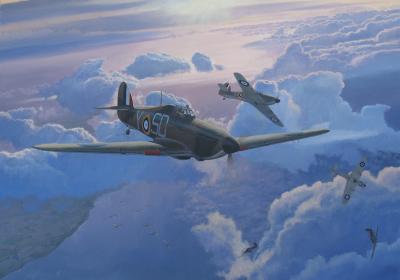 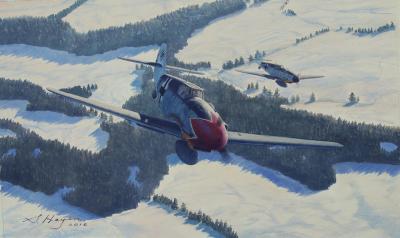 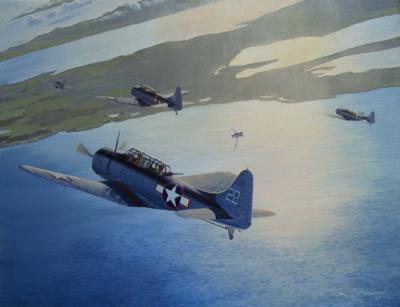